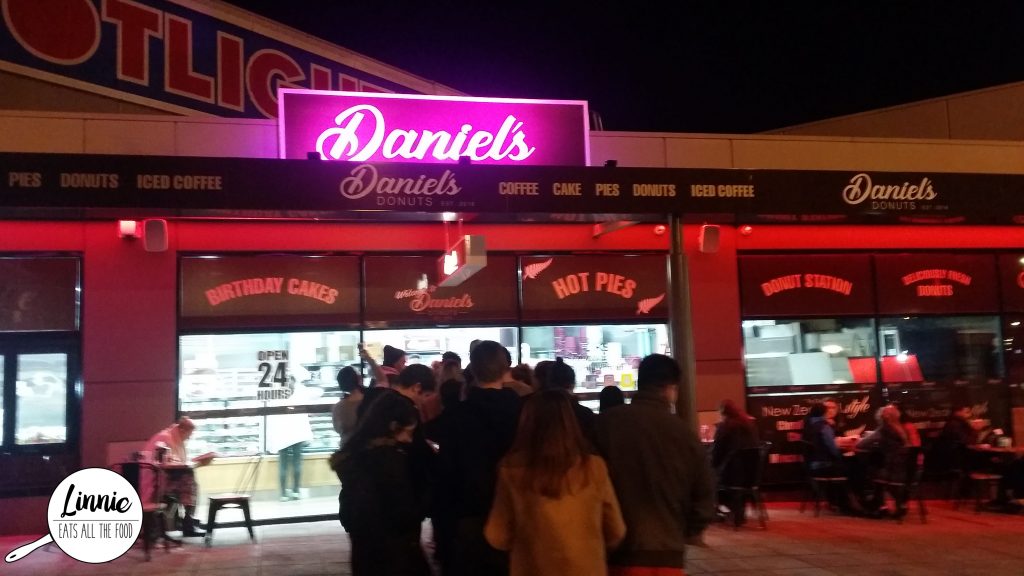 Ms Curly Fries kept going on and on about Daniel’s Donuts which were opened 24 hours and always have a massive queue no matter what time of the day or night you go. So when an opportunity to eat at Springvale came around, she quickly took us to Daniel’s Donuts. It’s located right next to Coles so you can even do your grocery shopping prior (I have no idea how that was relevant…anywho…). We got there at 9PM on a Monday night and damn, there was a massive line. The good thing is that the line goes really quick so you better know what you’re ordering. 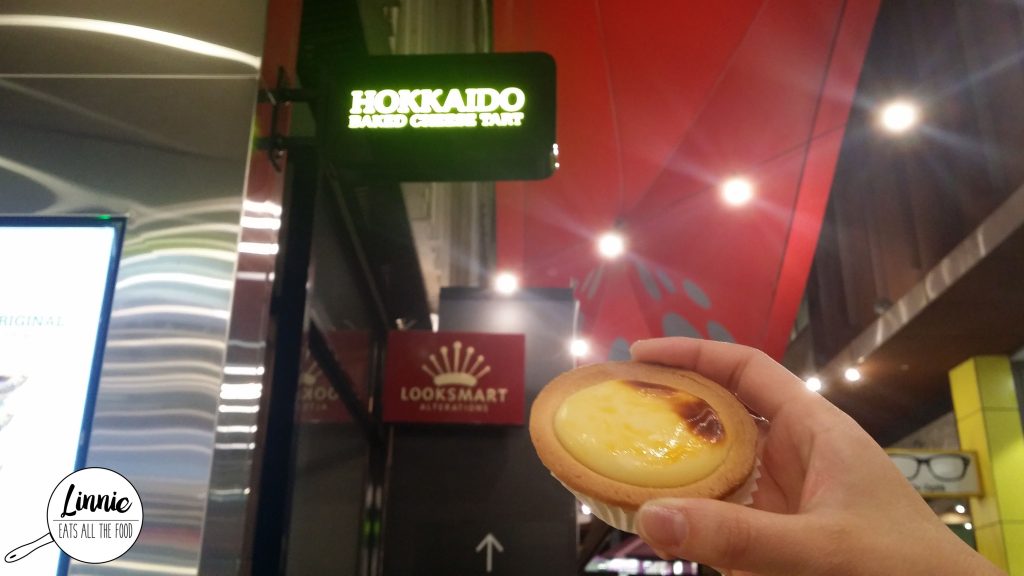 Hokkaido Baked cheese tarts have now arrived in Melbourne for quite a while now and yes, they’re a dessert except it’s a touch on the savoury side. The one at QV didn’t have a line so I went inside and got a few for everyone. At $3.90 a tart, it is a bit on the expensive side but that’s what you’d expect from a specialty store opening up in Melbourne. When you step inside, you can definitely smell the baked goodness and it smelt divine. A bite into these babies and you can taste the cheesiness and it just oozes right out. I’d prefer it to be a bit more fluffy but hey, that’s just what I’m into.

I hope you all got spoilt silly by loved ones or you did the spoiling because you’re a hopeless romantic. Well, for those who might have forgotten about Valentines Day and you want to redeem yourself, TGI Fridays is now teaming up with Bistro Morgan to create monster spike shakes.

There were two new shakes: Naughty and Nice. For the chocolate-y couple with a naughty side, this shake is a cocktail swirled with chocolate syrup, Malibu, Frangelico, Coconut cream, chopped pecans, coco powder, three scoops of vanilla ice cream and topped with chocolate wafer tube, mini bounty bar and a Bistro Morgan Tim Tam doughnut. 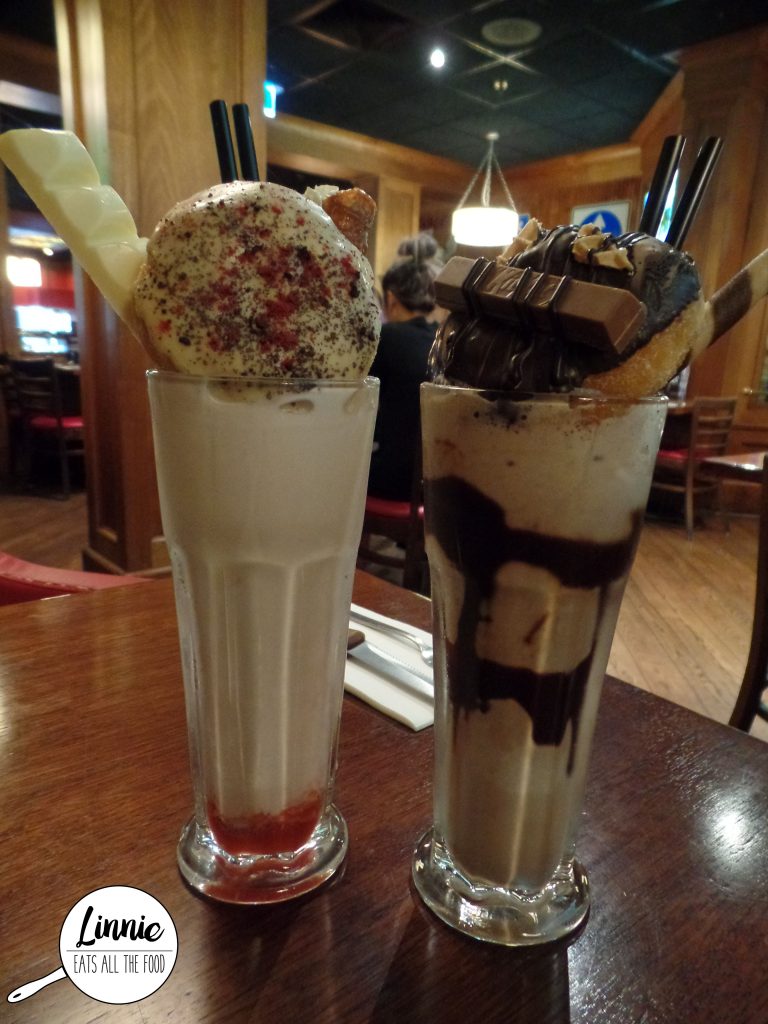 These shakes are for a limited time only for two weeks from Valentines Day until the 28th February 2017. So put your sweet tooth pants on and head on down to TGI Fridays with your special someone and indulge in these divine shakes.

Disclaimer: I was invited to taste the new spiked shakes by TGI Fridays and  and all opinions expressed are my own 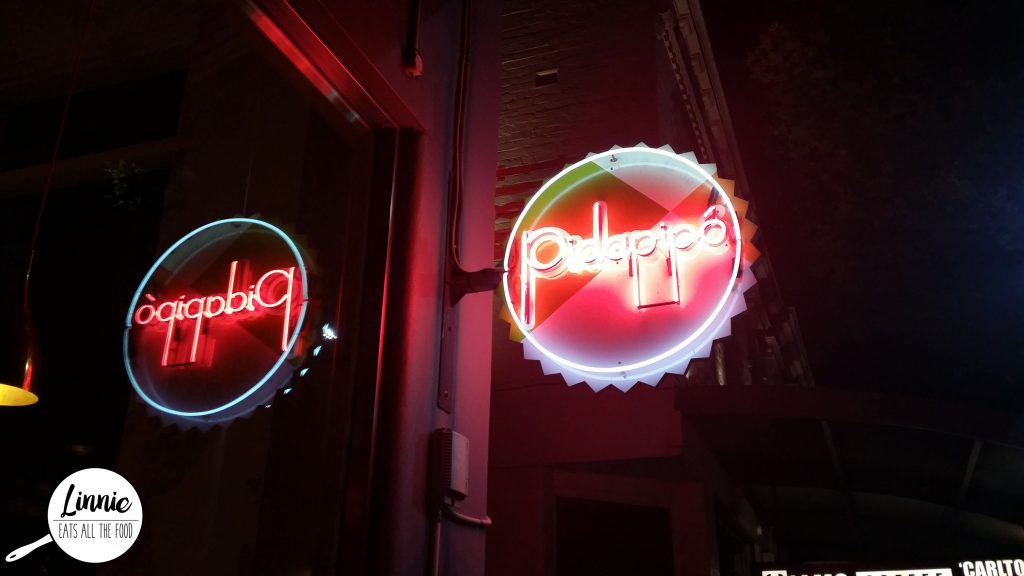 I was with Mrs Creative and we were craving desserts. We were already in the city so I suggested Pidapipo since there’s always a line out front and it’s an ice-creamery which I have yet to tried. I turned the car towards Carlton, walked a block and finally reached the glowing neon sign which indicated that heaven was around the corner. 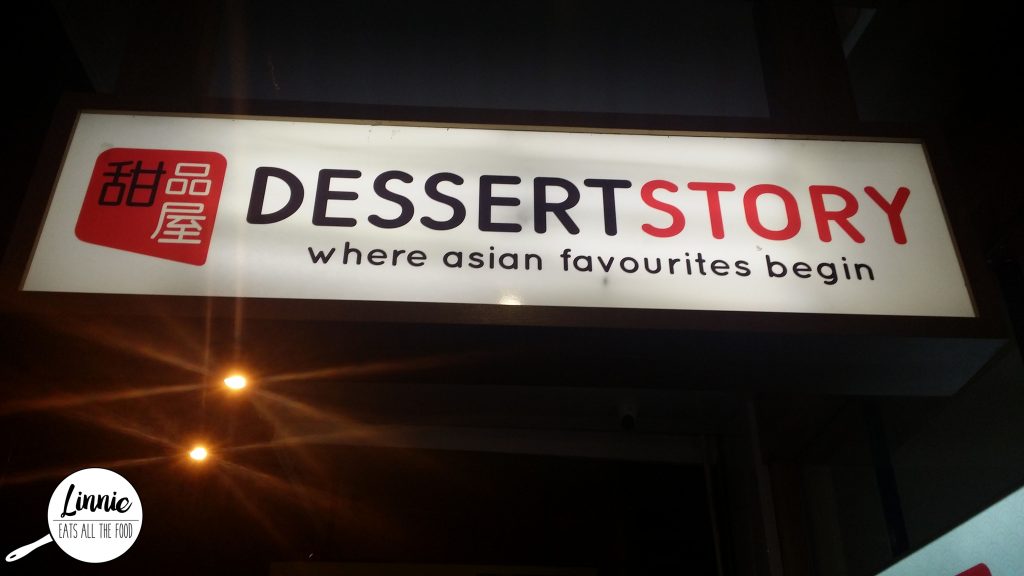 Dessert Story, the Taiwanese and Hong Kong Sweet franchise that opens late into the night serving teas, desserts and coffees. Dessert Story has opened up in St Albans for quite some time now and the girlies plus Mr Burberry dropped by for some drinkies. 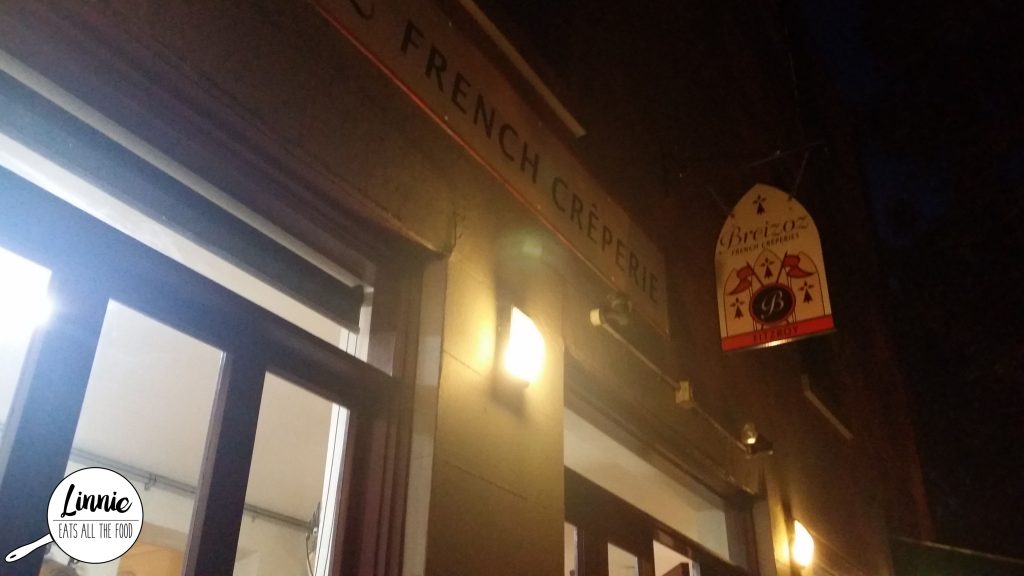 After a night of fried chicken, we explored Fitzroy for some desserts. Walking down Brunswick Street we walked by a french creperie called Breizoz. With such a good find, we had to run inside and satisfy our sweet tooth. Luckily for us, a party of 9, we were able to get a table since it was later in the night. The staff were absolutely lovely and best of all, they speak french too! We sat down and start to order to our hearts delight.

Food is usually the way to a man’s heart and it’s usually the same for ladies too. I know for sure that a way to my heart are goodies full of sweetness and when I heard that Laduree had popped up in Melbourne, I made sure to let Mr D know that my heart was aching. We made the road trip to Chaddy and located the cutie patootie store, right in front of H&M. It’s an open store and you could even have tea if you had an inkling. I opted for macarons on the go. There were quite a few flavours to choose from and don’t rush because nothing good ever results in rushing.

After a night of burgers for dinner, we decided to drop by Brunetti in Carlton to satisfy our sweet tooth. As we waited for Big L to arrive, Mr Angry Asian and I went around and picked which cakes we wanted because, well, who can ever say no to cakes! There’s a few Brunetti around Melbourne and Carlton is the original and the newly renovated spot (moved to another area) makes it absolutely breathtaking. There’s not that many seats around so be sure to stalk the tables until you find a spot for your tooshies.

The signature blue sea salt flavoured soft serve, Aqua S has finally extended its wings and have landed in Melbourne. So I wanted (actually needed) to try it and convinced Mr Angry Asian to go after our work dinner. There was only 30 minutes before closing time so we ran as fast as our little legs could take us and BAM we were in front of Aqua S. I took my two top wisdom teeth out yesterday and I found out that Mr Burberry and Miss Asian Fusion were having the day off today so we decided to catch up for coffee and froyo since that was all I could eat. We met up at San Churro at Highpoint and it wasn’t too busy even though it was school holidays.