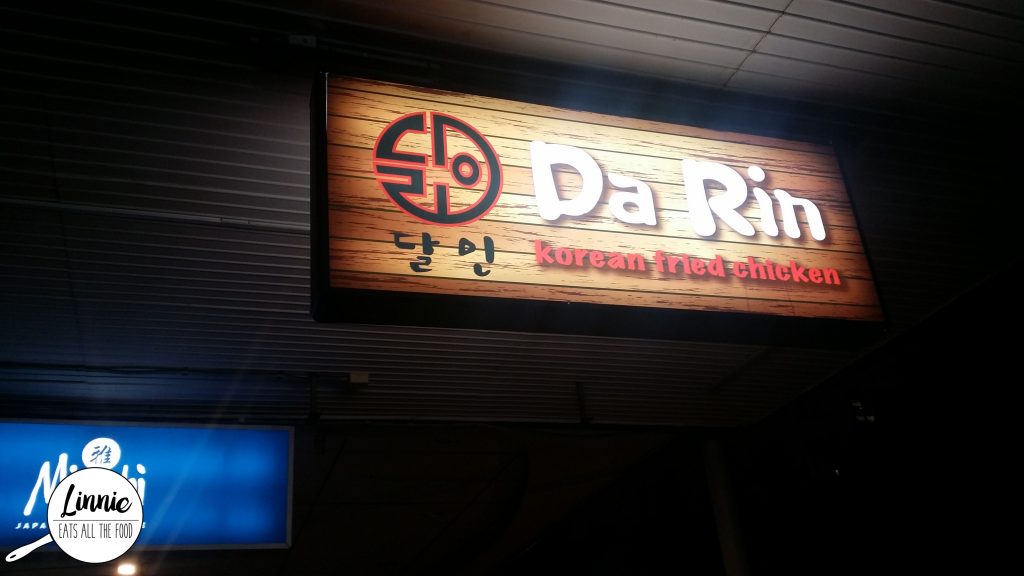 An outing with the stooges can only mean one thing, GLORIOUS FOOD! Since I was no longer a westie *cries silently inside* this meant that we had to eat in the CBD. Stooge 1 was craving Korean food and we decided on Da Rin in Bourke Street. We made a booking for a Tuesday night but when we arrived, it wasn’t busy at all so we just walked straight in. We were seated at our tables and the cutlery were oh so cute, like it was telling us “get ready for some food in ya belly”. 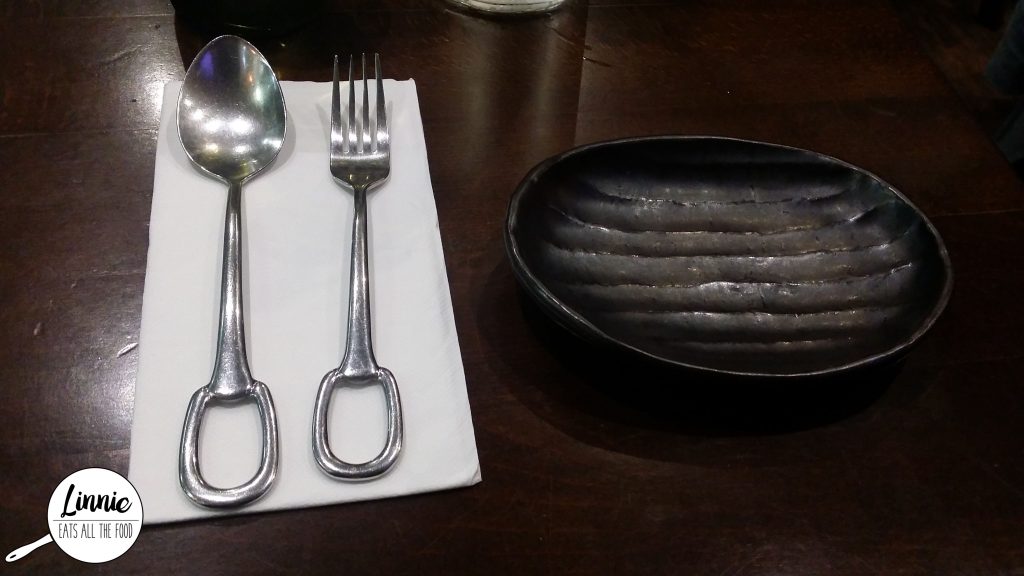 Stooge 2 rushed in late and frantically waved her arms around to order corn cheese. I’m a sucker for cheese and the seasoning was quite nice and a touch on the sweet side. It wasn’t too bad but there are other places which has this dish and will blow your mind. 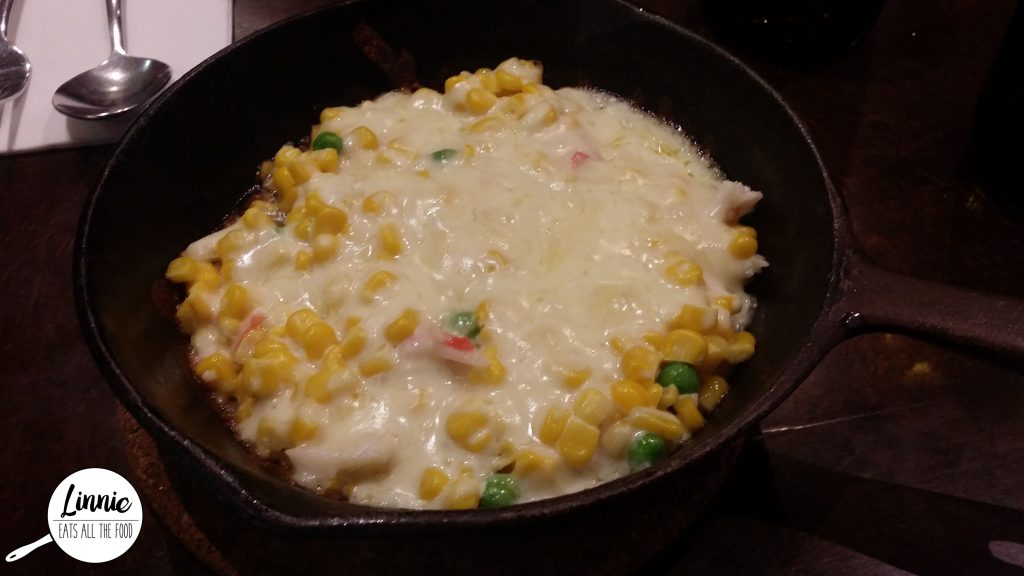 Dining with these two meant everything on the menu was free for all. Since none of us has never tried Egg Tang, of course we ordered. This was an egg custard which was a savoury dish and I absolutely loved this. It was silky, perfect seasoning where it wasn’t too bland and the mushrooms gave it a nice texture. We really enjoyed this dish. 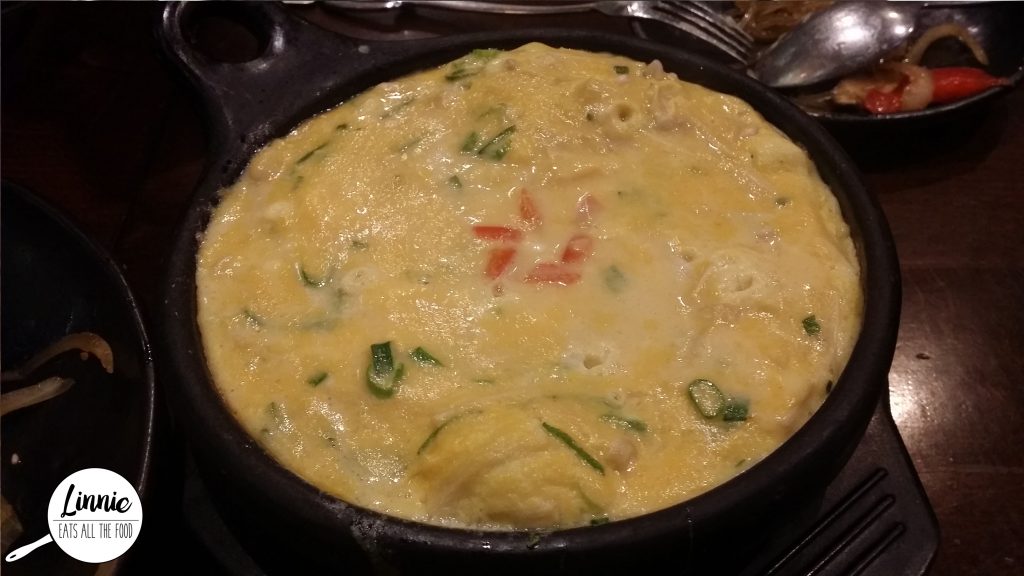 Melbourne’s winter called for some Kimchi Jigae which was Kimchi Stew. This was quite spicy but the flavour was spot on. Perfect for a cold night. The pork belly was so tender and it soaked up all the flavour and we couldn’t get enough of this. 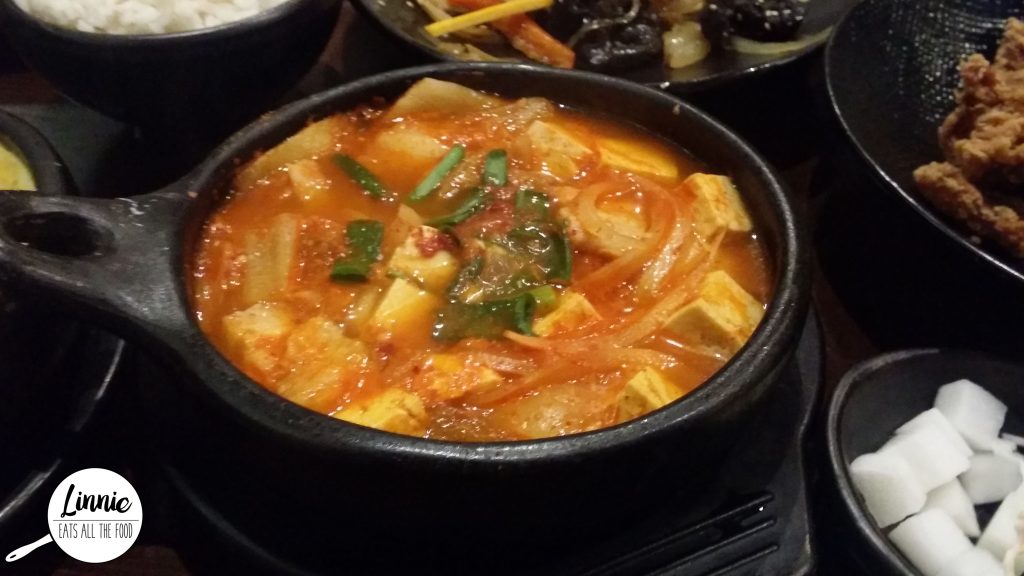 My one true love, jap chae. This was surprisingly not oily and I didn’t feel greasy while eating it. There were quite a generous amount of veggies which I love but the portions are a touch on the smaller side. I did find that it needed a tad more seasoning though but other then that, no complaints here. 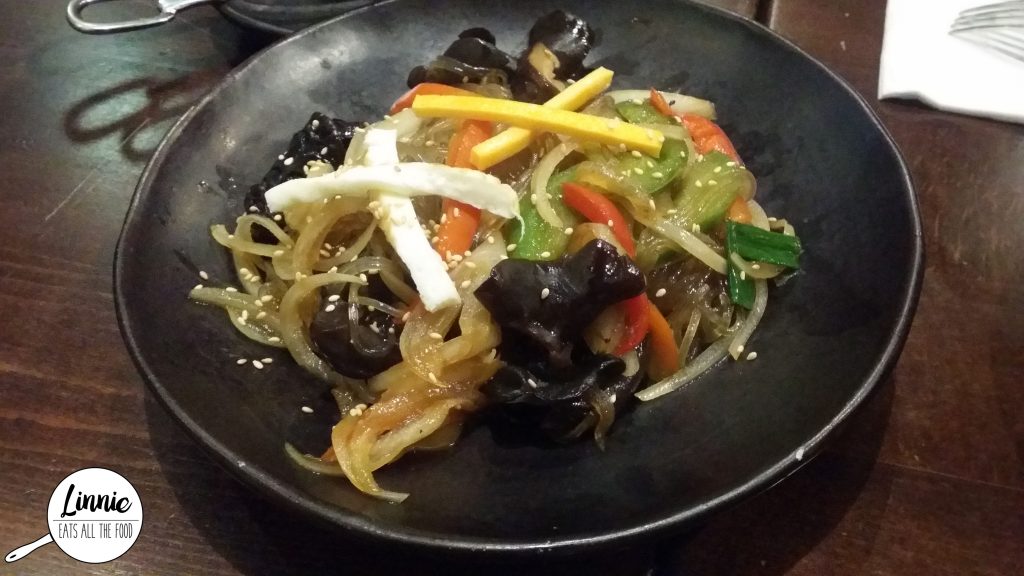 Finally, we couldn’t come here and NOT eat the fried chicken and of course we went for the original fried chicken. Only half though, since, well, we ordered a table full of food. We found the chicken to be a touch on the dry side (oh noooo!) but eating it with the pickles and coleslaw managed to cover up that dryness. 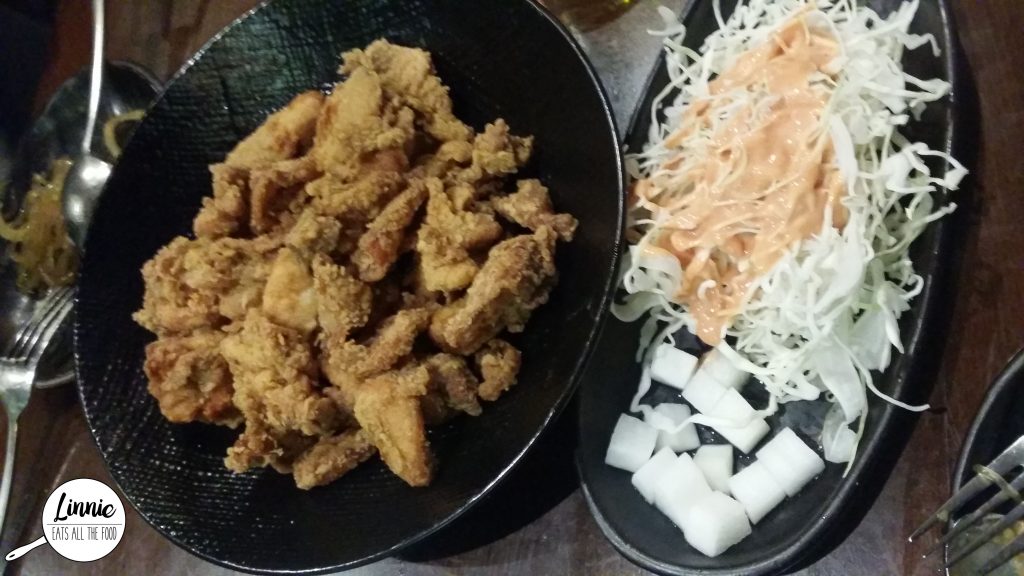 The staff here were not super friendly as other Korean places but they were very efficient. Amazing stews and egg custard but we will definitely try one of the other flavoured fried chicken since we lucked out on the original flavour. Da Rin, easy on the wallet and definitely easy in the tummy.

Linnie Ate All The Food