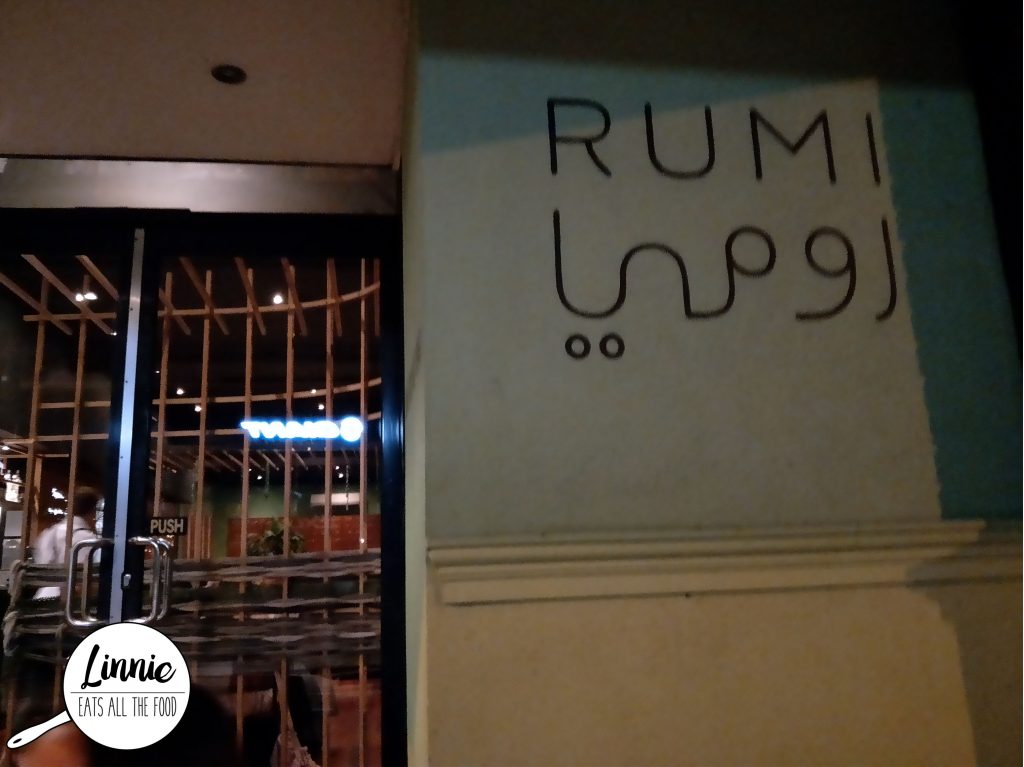 Catching up with the K sisters meant another feast at a middle eastern restaurant so we always made sure we have our eating pants on. Our next food destination? Rumi, located in East Brunswick. Walking in, you’ll be greeted by friendly staff and an atmosphere that just relaxes you and puts you in the mood for some partying. So of course we sat down, and flicked through the drinkies menu because you can’t have a party without any cocktails, am I right?

The Turkish Delight Martini was strong like a usual martini but it tasted like a turkish delight. It was just delightful! 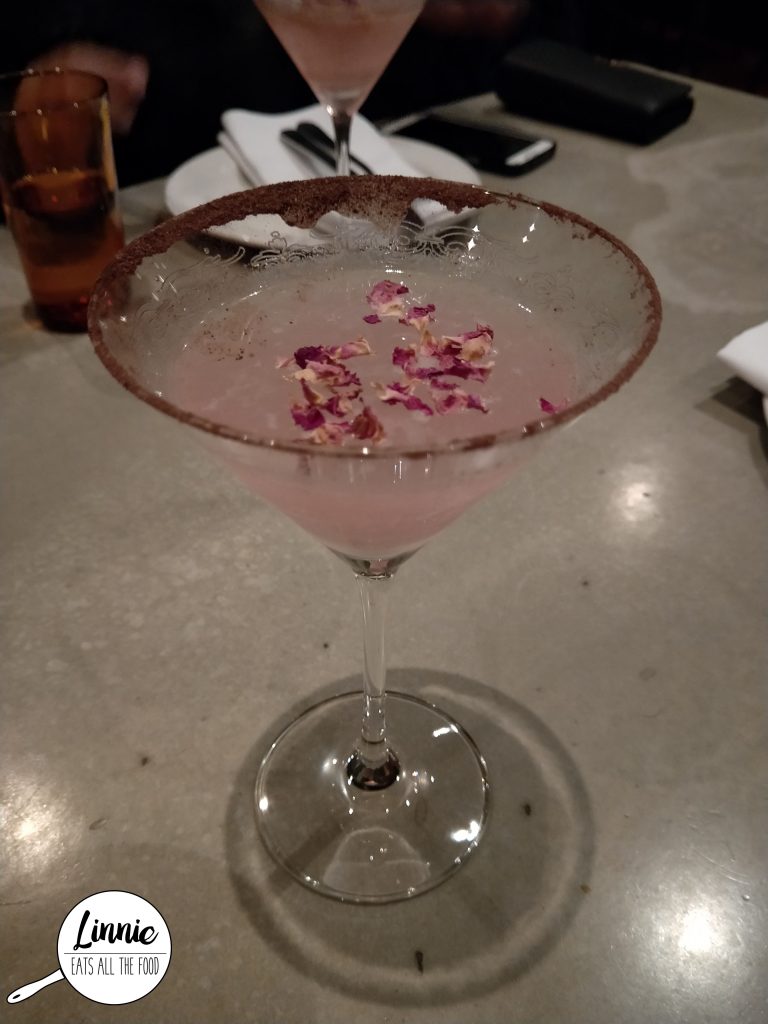 Rumi has quite a few banquets on offer and we decided to go with classic banquet which was $50 per person which consists of 12 dishes and if you add on a dessert plate, it’s only another $5. So we settled in and waited for the food to arrive. The small plates came out and there were so many dishes. From pickled veggies to lebanese bread with labne to Sigara Boregi with haloumi, feta and kasseri. It was just amazing. The Labne was my absolute favourite! 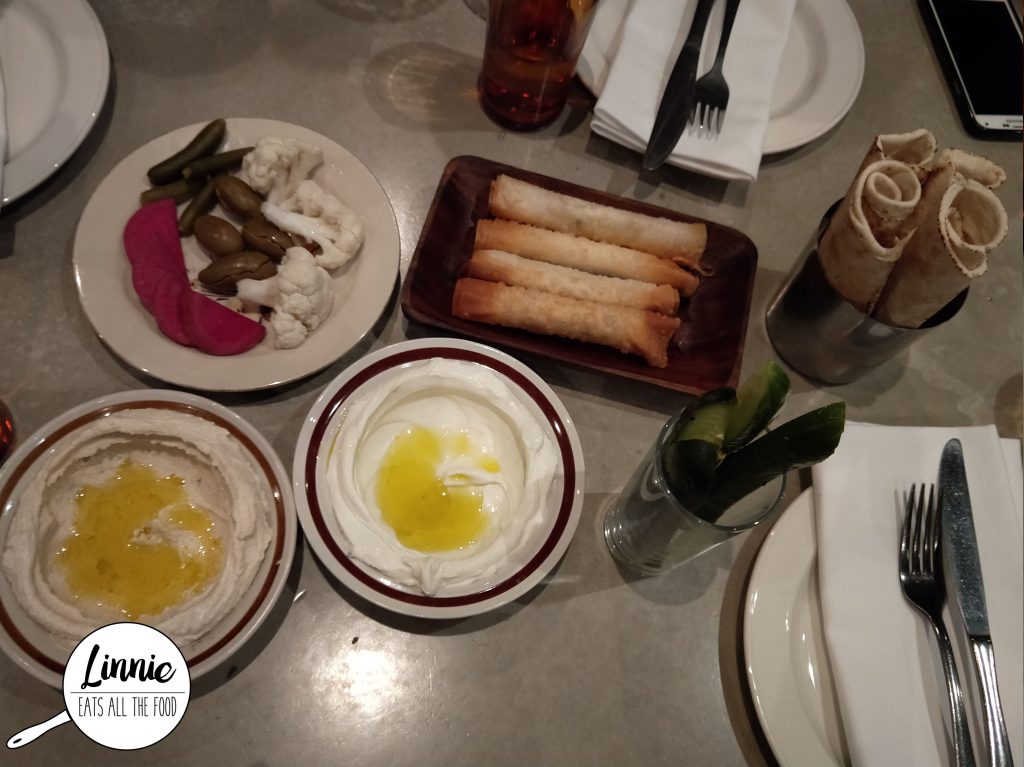 The crispy fried school prawns were crunchy and was a touch salty. 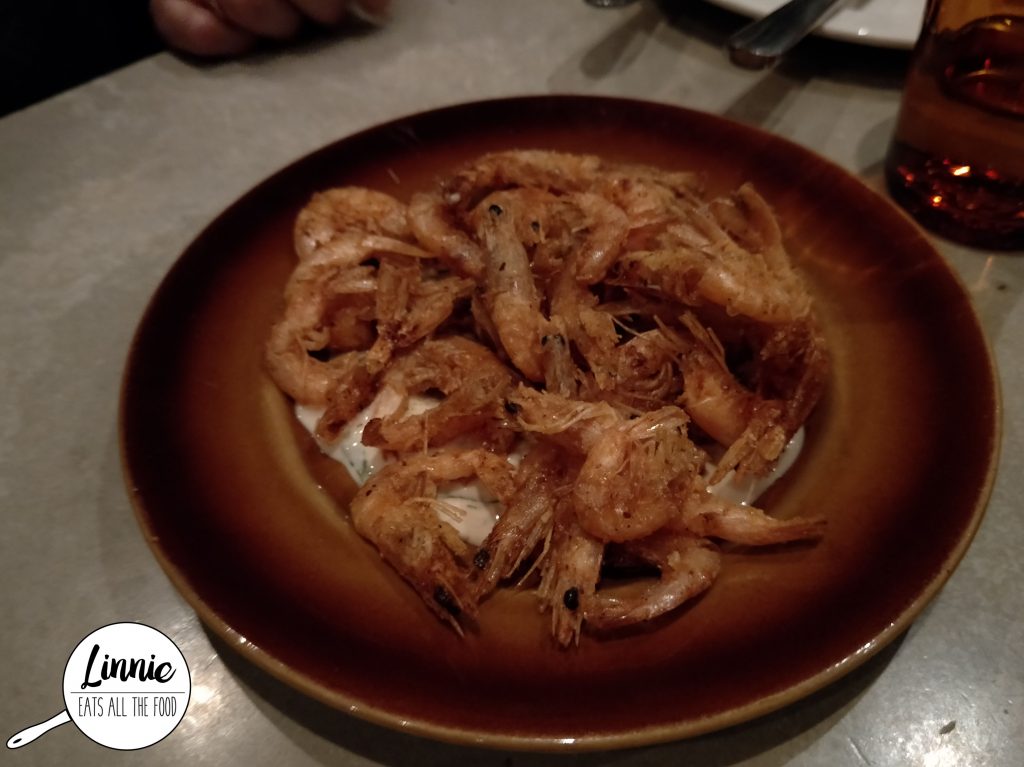 The persian meatballs were just amazing and bursting with flavour. The cabbage salad was refreshing but quite bland. The fried cauliflower with sweet onions were slightly sweet with some crunchiness and it was just AMAZEBALL! 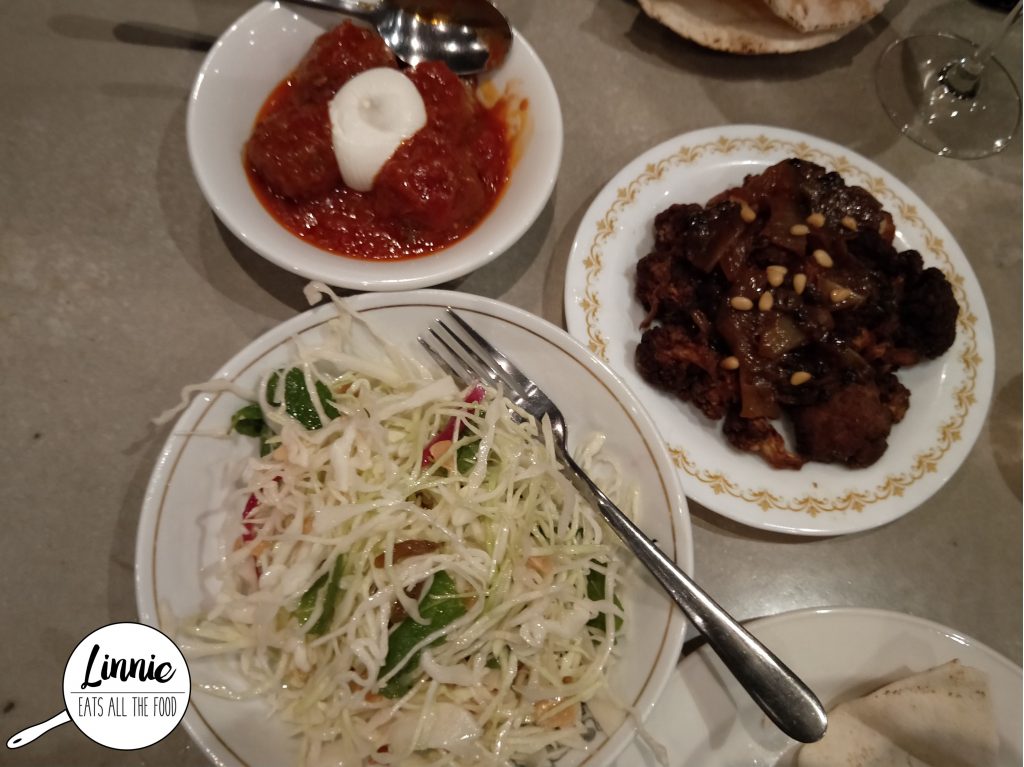 The lamb shoulder was a touch tough but the chicken wings were succulent with a hint of char and was just totes delish. Freekah salad with feta and pomegranate dressing and this was so subtle in flavour that it was perfect.

The dessert plate came out which and I forgot what they were but the one on the left was a very sweet apricot dessert (too sweet for my liking), the middle was dry and chalky and the right was a turkish delight which was quite dense. All the desserts I found were too rich in taste and wasn’t a great fan of it. 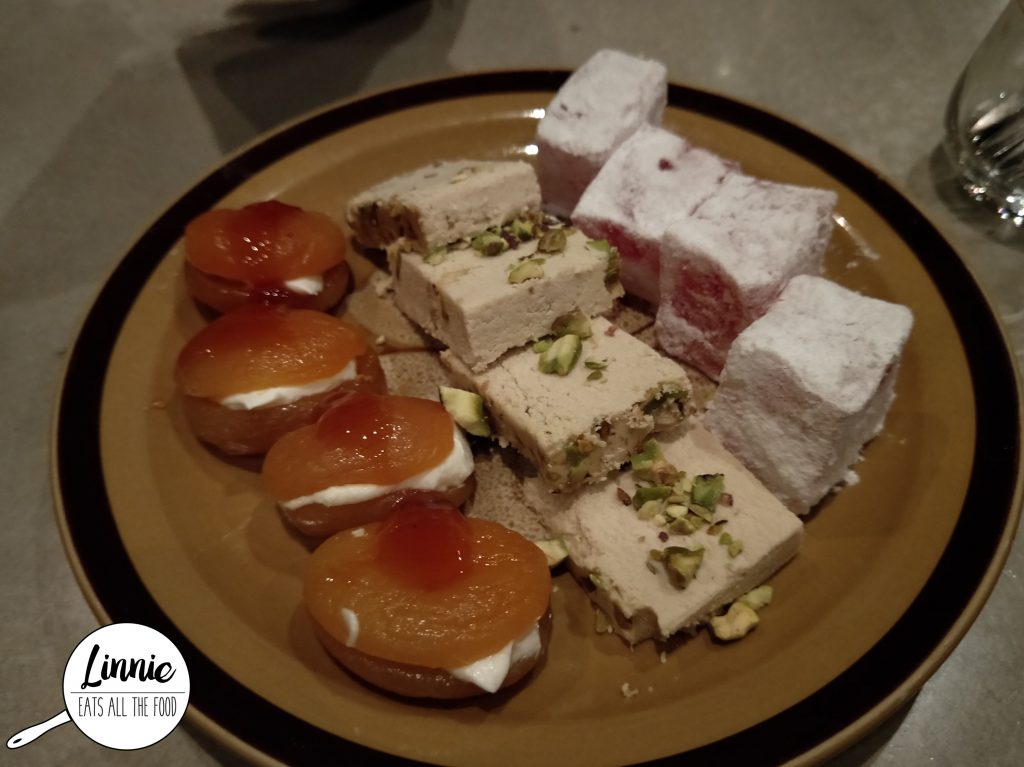 Rumi is a great place for those who hasn’t tried Middle Eastern food and the banquet is a great value. I’m a huge fan of dessert and there were quite a few dishes including all the desserts were disappointing.