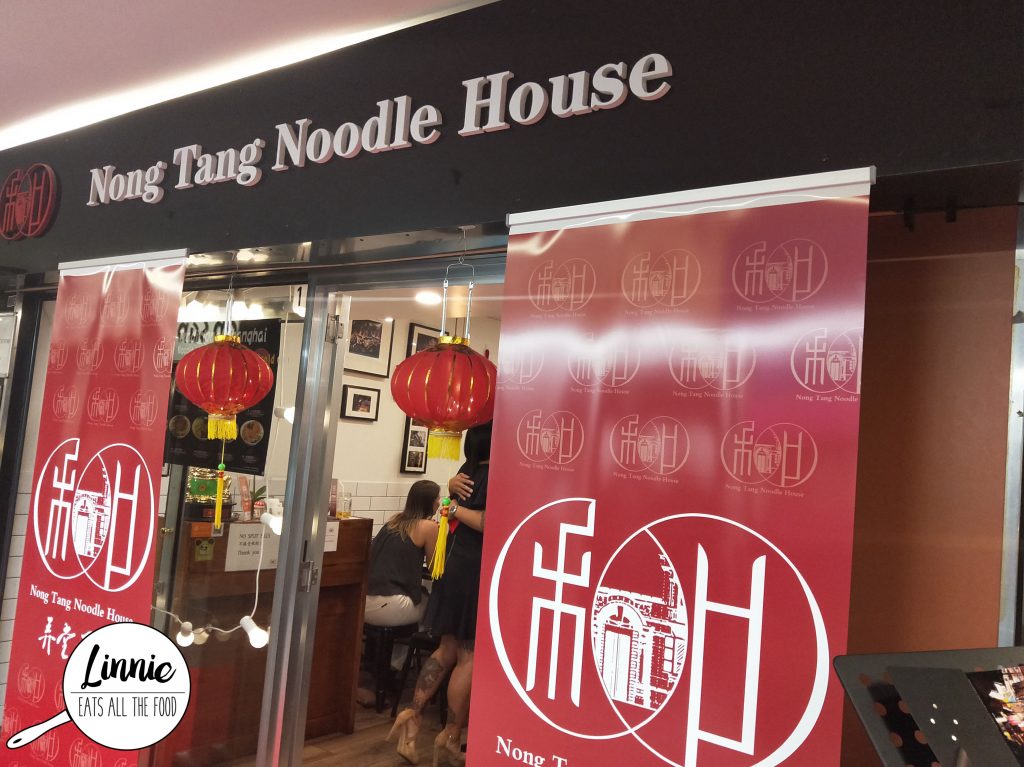 Nong Tang Noodle House had their First Birthday and boy oh boy did they do an amazing launch. We were in for a feast, a 10 course feast that is. Located in the mid-city arcade, it’s a very cosy eatery so if you do come here, make sure you make a reservation. Back to the food, first up, the west-lake veggie soup. This soup was quite thick and a touch on the bland side. 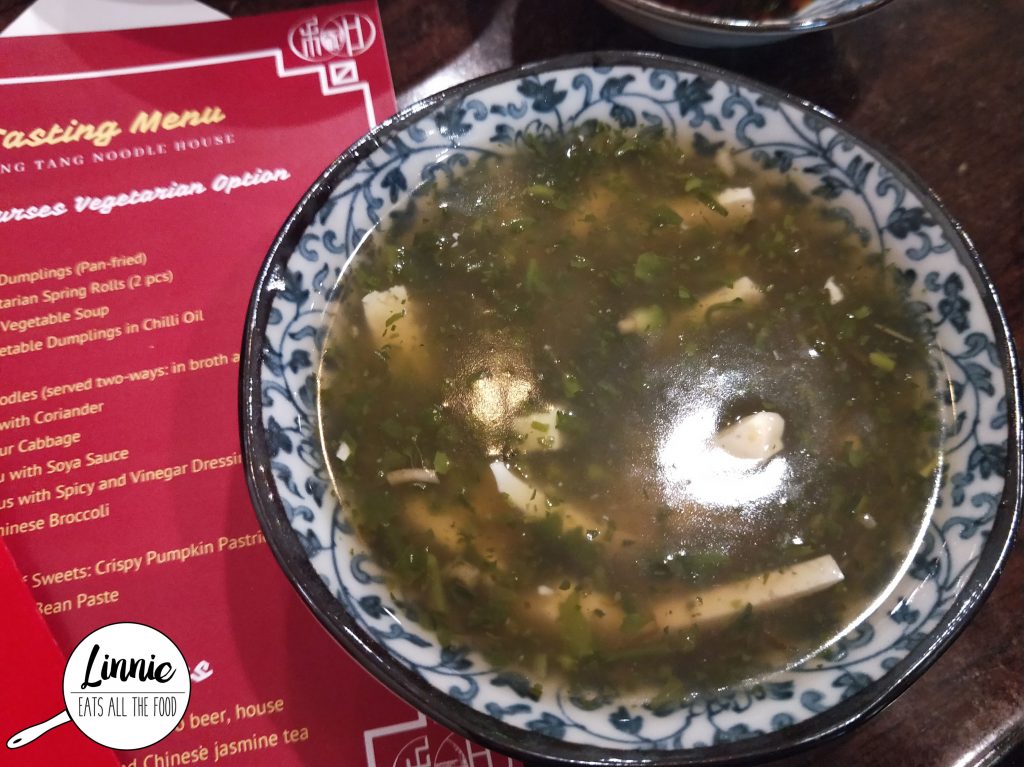 The pork shanghai dumplings were juicy on the inside, the skin was not chewy and everything was in great proportion. 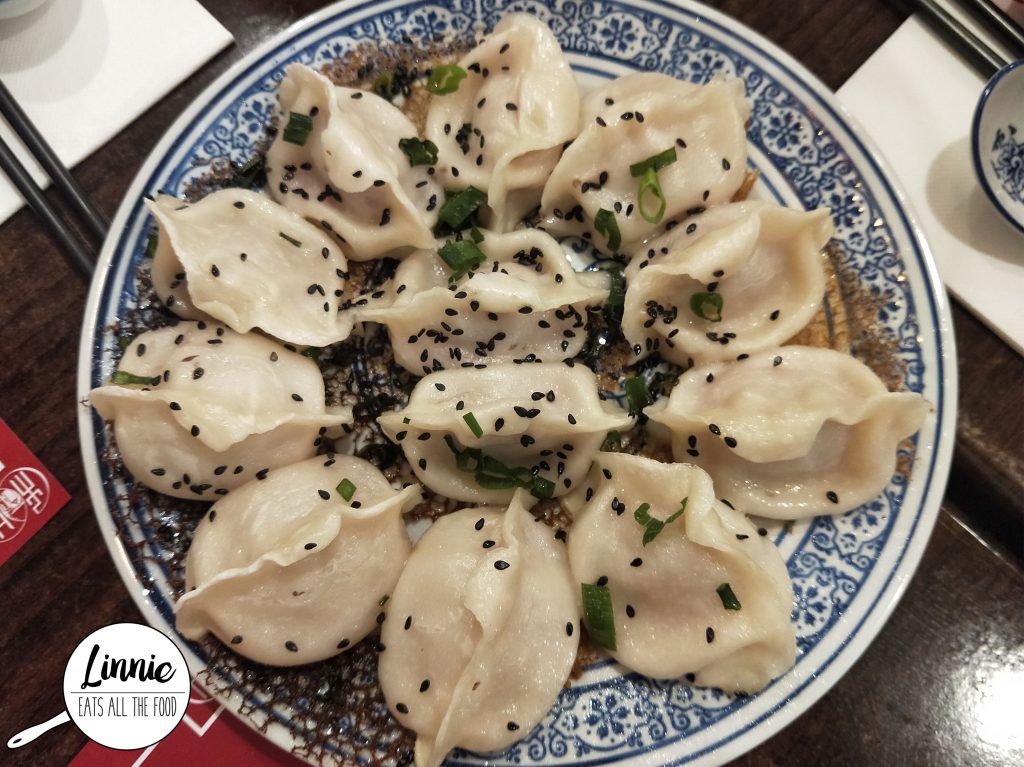 Xiao long baos, those juicy juicy soupy dumplings. These were quite average, very small amount of meat but the soup was hot and flavoursome. 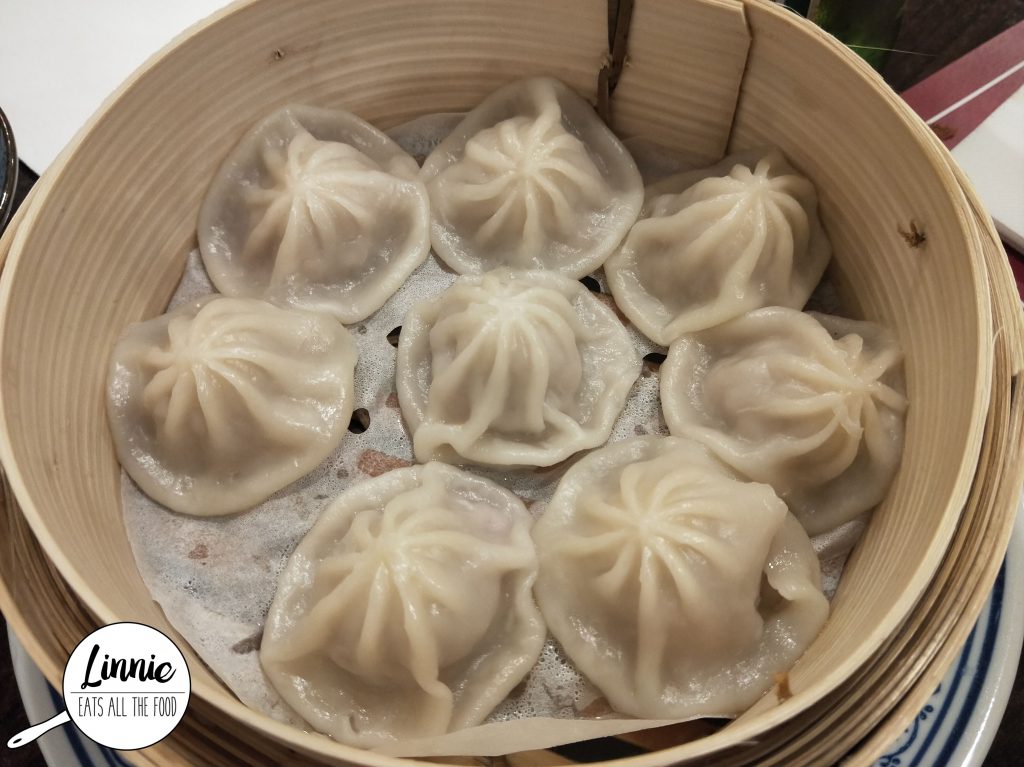 Pork and prawn wontons in chilli oil is another of my favourites and Nong Tang is no exception. The filling is full of prawns and pork and the skin wasn’t too thick. The chilli oil was not spicy at all which was a shame. 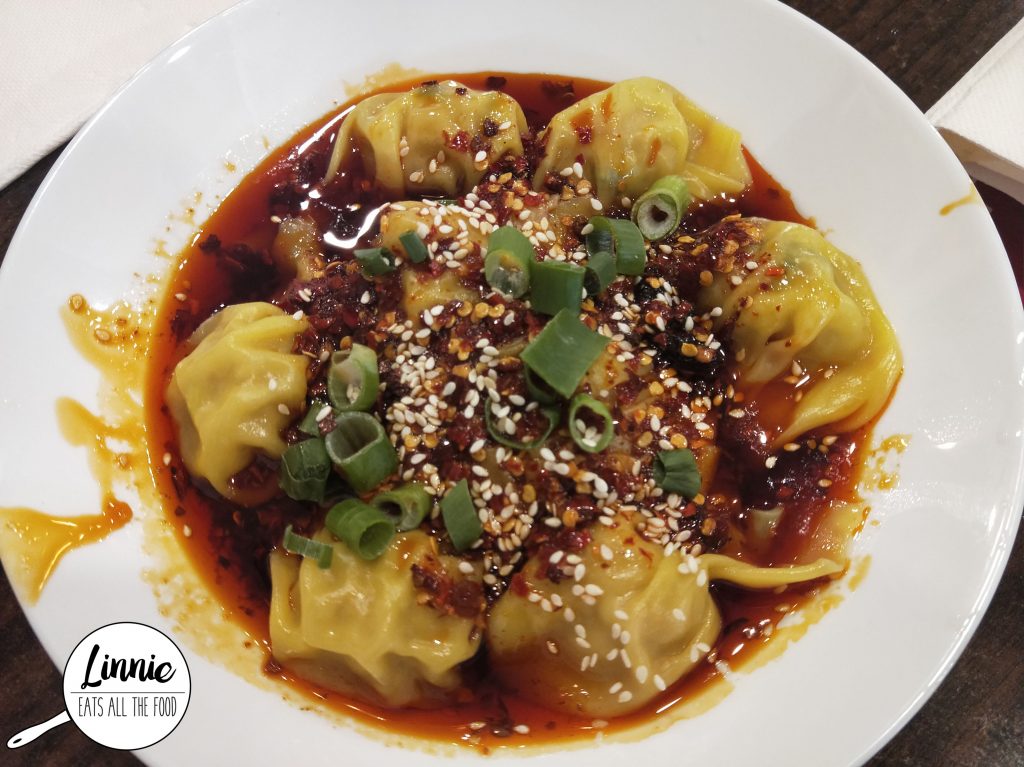 The yangchun noodles were handmade at Nong Tang Noodle House, a touch chewy, a touch soft, a touch delish. Mixed with the dry sauce, it was a touch on the bland side but there were plenty of sides to balance the noodles out. 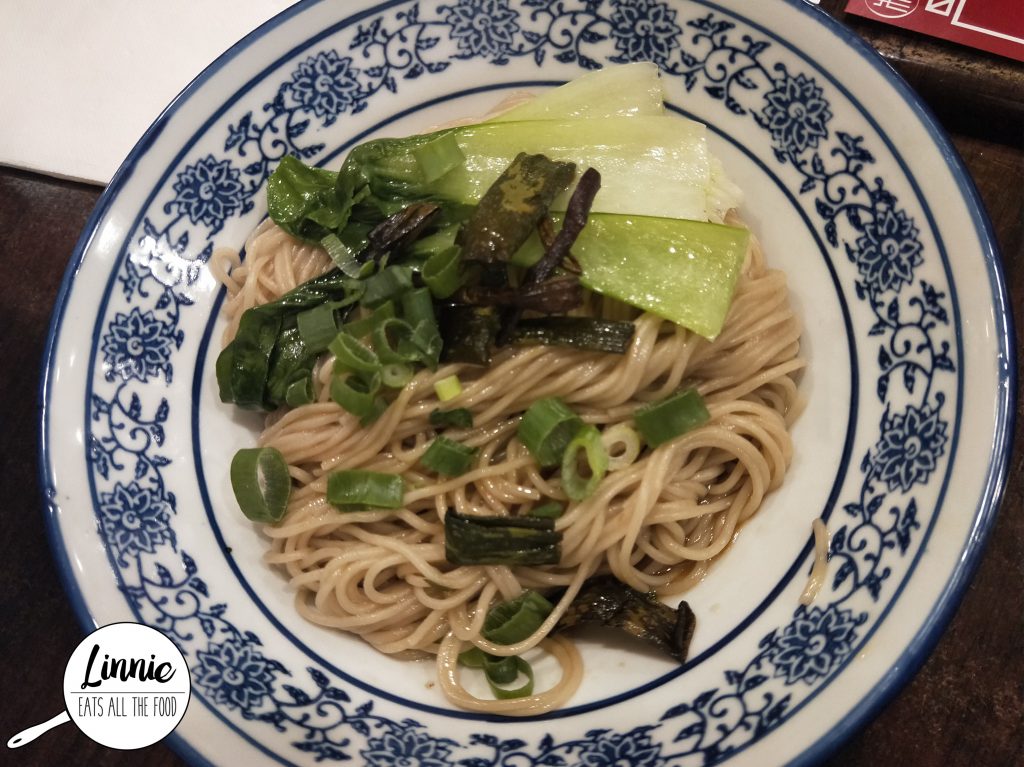 The braised pork meatballs was definitely one of the best dishes on the night. Filled with juicy, soy-y and flavoursome filling, that meatball was to die for. It was ginormous BUT it was delish nonetheless. 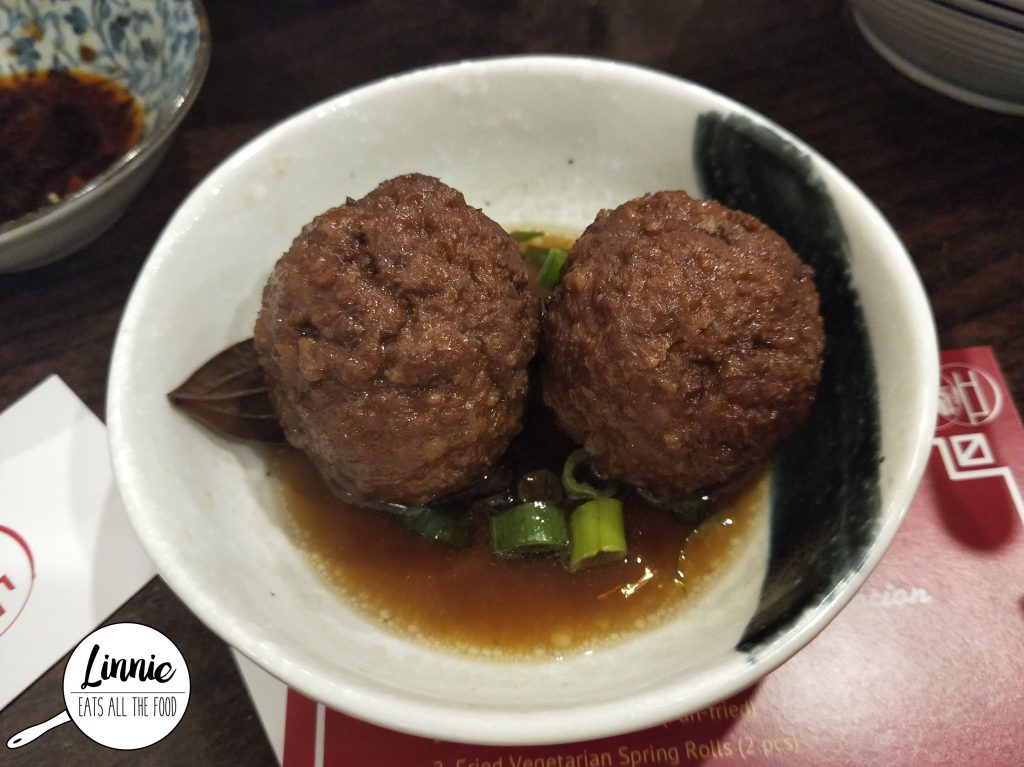 The shredded pork with pickled cabbage and peas was definitely a great balance to eat with your noodles. 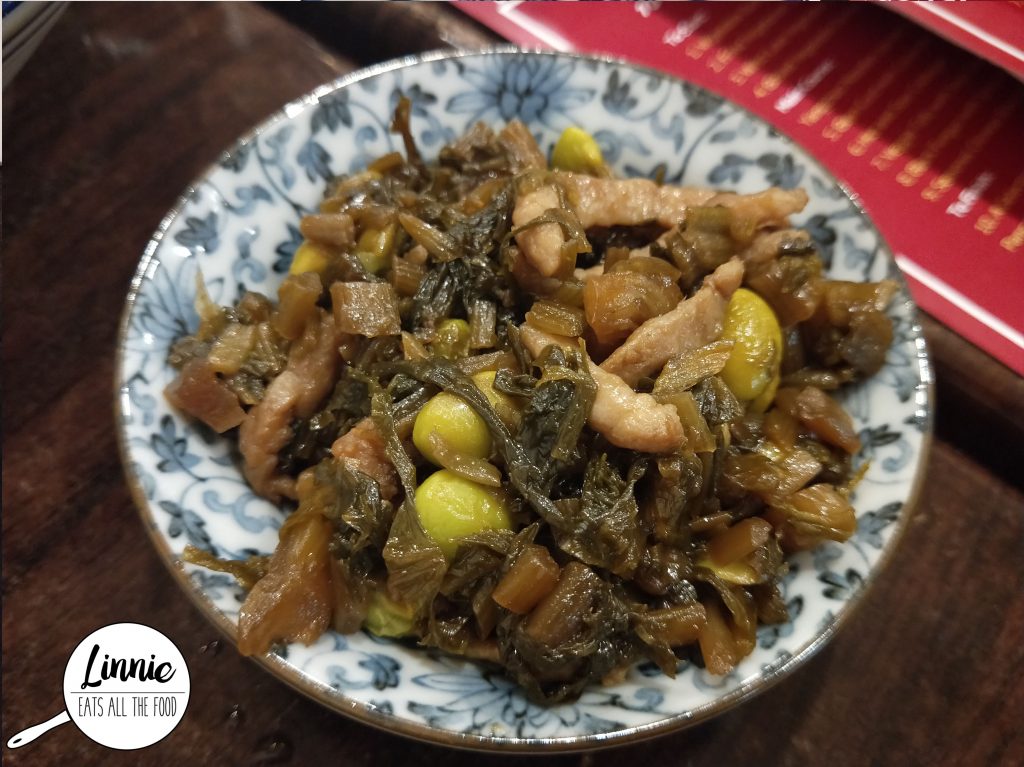 For those who love tofu, the eight treasures in soy sauce are definitely your thing. A touch on the salty side, it still went quite well with the noodles. 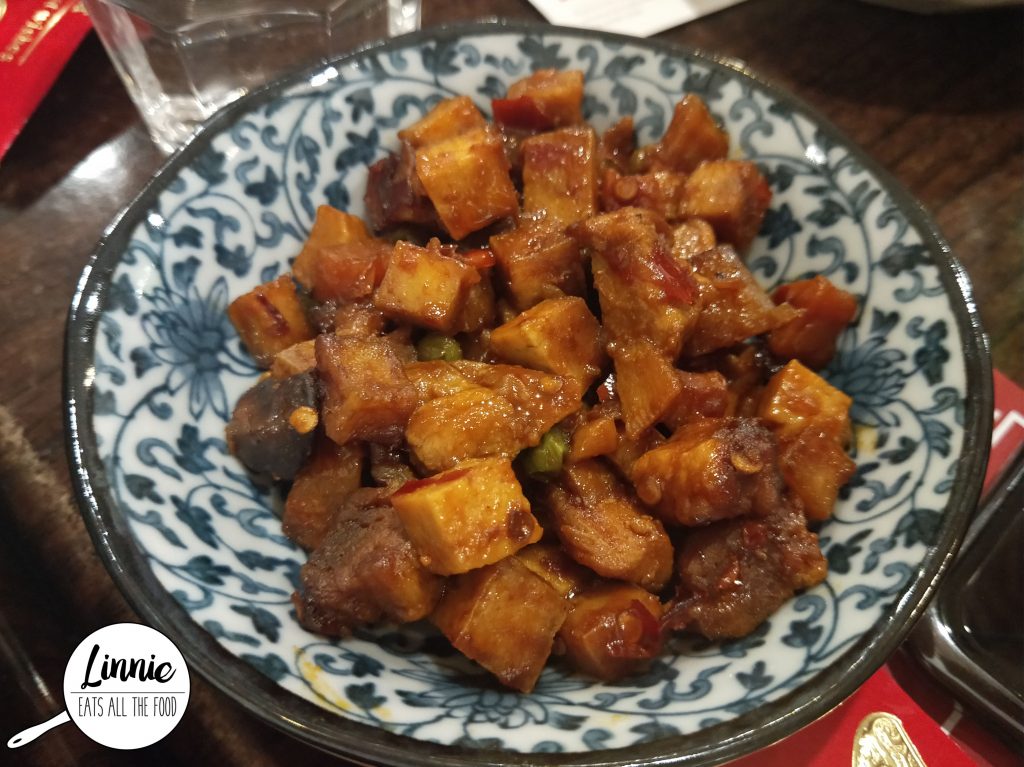 The noodles in the broth was a touch on the bland side and needed a touch more flavour. It was very light and fresh though. 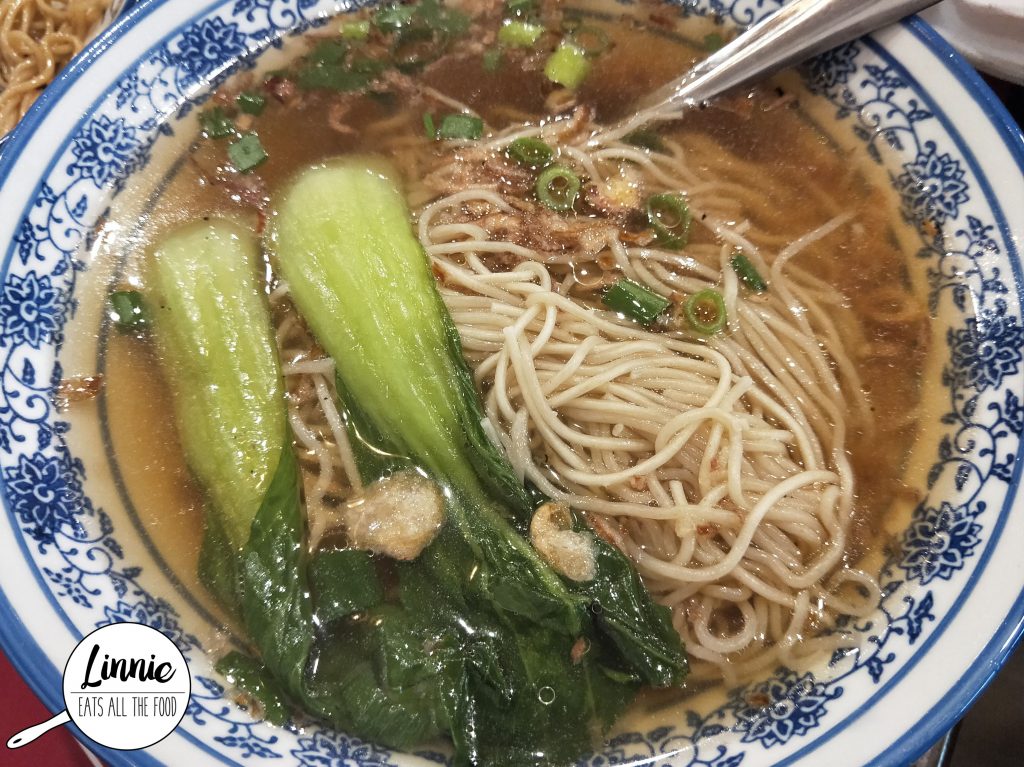 The stir-fried beef was so tender and oh so full of flavour. The beef they used was such good quality too! 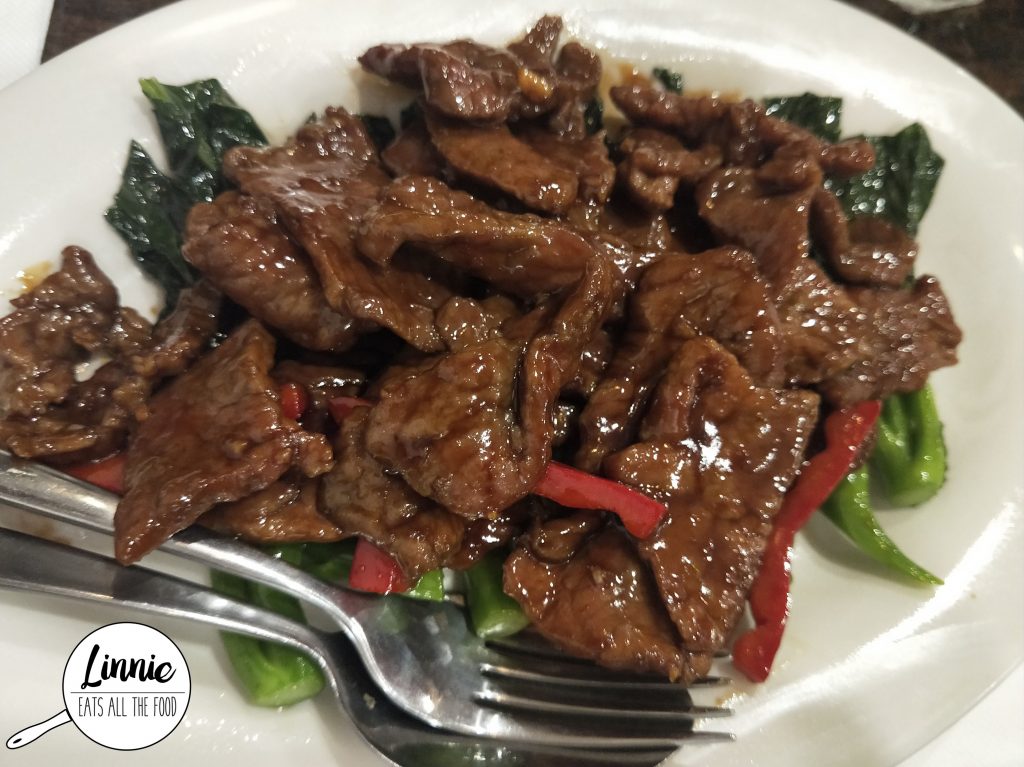 The honey coated battered chicken was super crispy on the outside but the chicken inside was a touch dry. 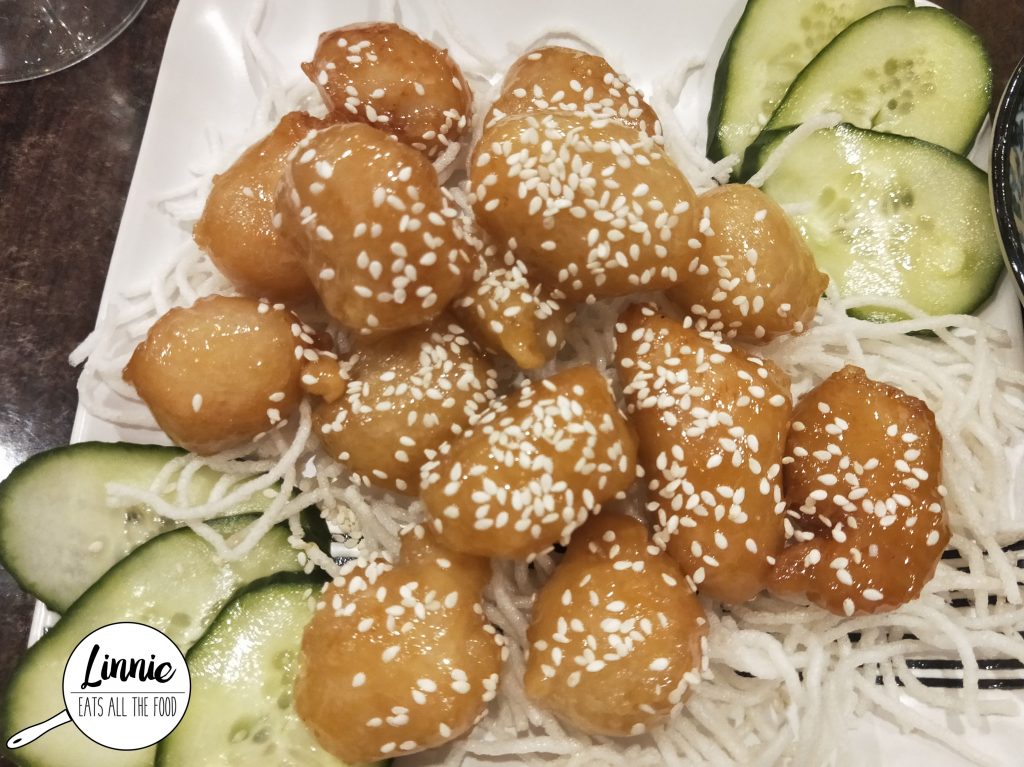 Desserts came out and the fried pancake with red bean paste was very oily and unless you enjoy red bean paste, I wouldn’t recommend this to you. 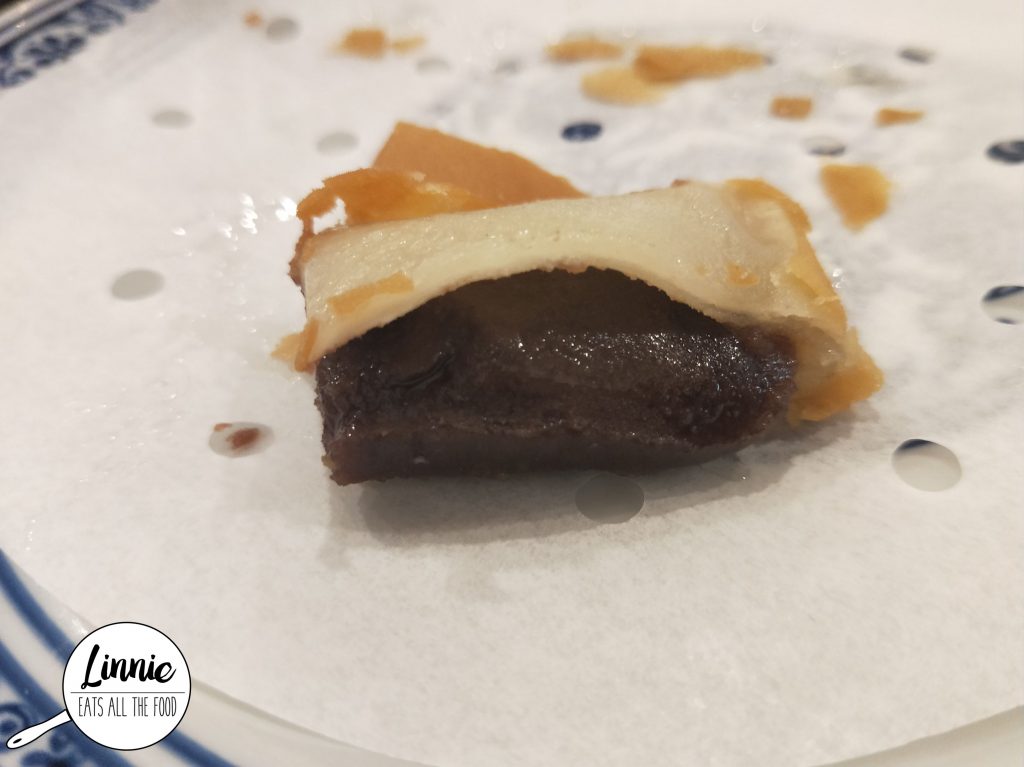 The crispy pumpkin pastries were filled with red bean paste and we found it quite oily and was not really a great fan of it. 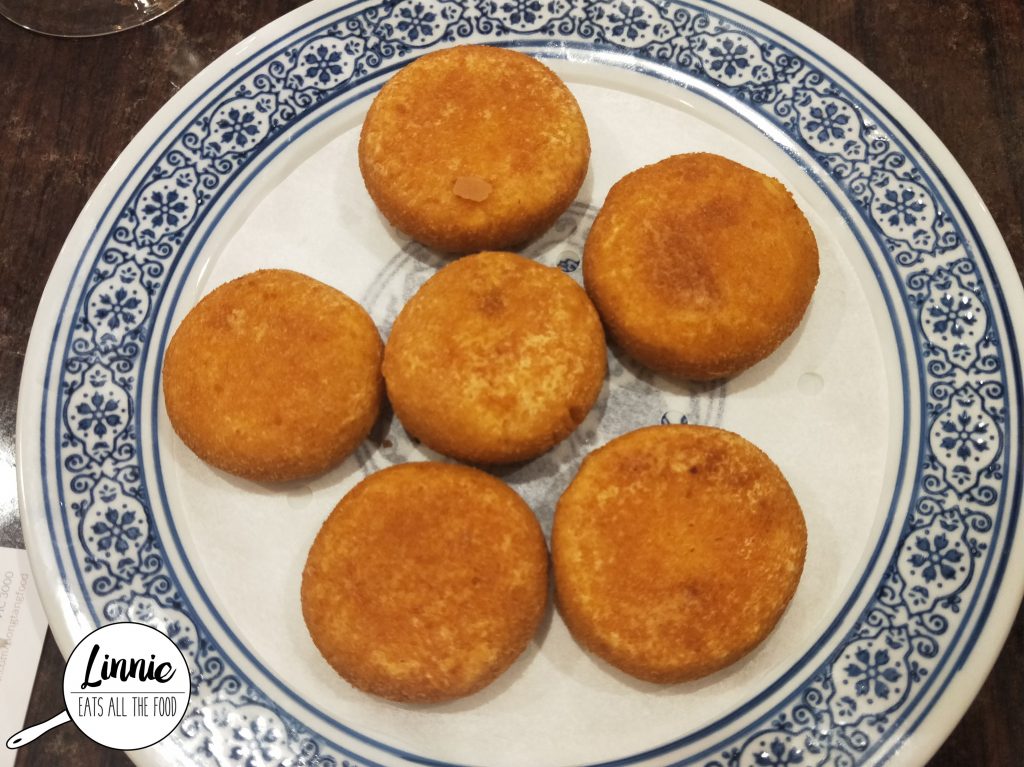 Nong Tang Noodle House is run by David and his mumma bear, the staff are super friendly and definitley check out the noodles and the dumplings.

Disclaimer: I was invited to dine by Nong Tang Noodle House and MCO Events and all opinions expressed are my own.