Goldeluck’s Bakery has been popping up on social media like wildfire and since the girlies were down in Croydon, I decided to take them by the bakery to check it out. Walking in, we weren’t sure if we were in the right place since we were expecting a place filled with doughnuts from the bottom up. It was an ordinary bakery and saw the little sign on top so we definitely knew we were in the right place.

There was a cabinet of dossants and doughnuts and you could get 4 for $18! So we thought hard and long and finally decided to get Berry Berry Blue Dossant, golden gaytime doughnut, nutella on mars doughnut and raspberry white chocolate doughnut. The doughnuts weren’t super fluffy but they very intense in flavour. My favourite was the raspberry (I LOVE jam doughnuts) and the berry berry blue dossant. The dossant wasn’t really flaky but it wasn’t bad either. 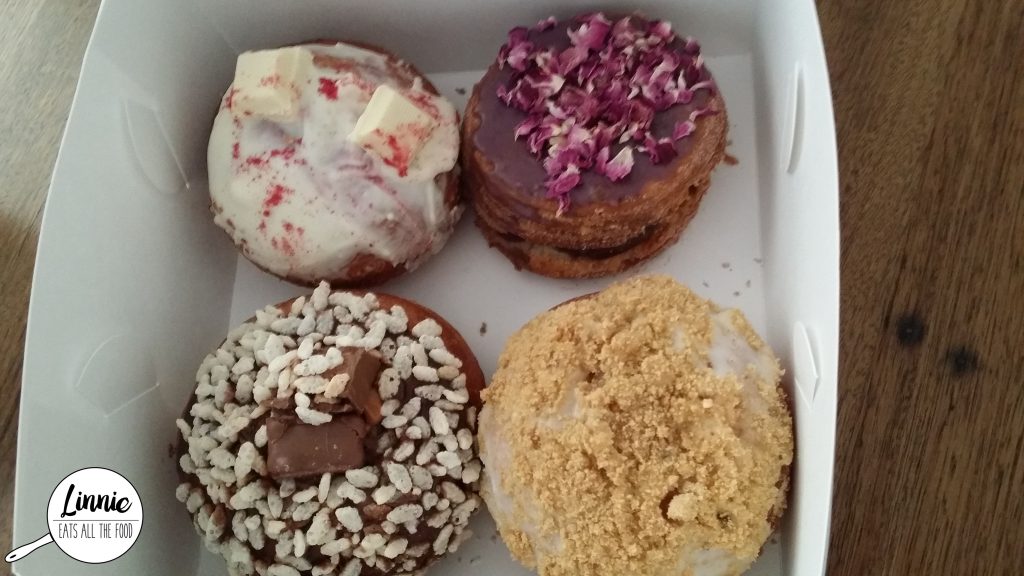 The doughnuts were pretty nice but was it worth the drive for my girlies who came from the west? No they weren’t. If you’re in the area and you drop by, then yes, go for them but anything more then a 15mins travel I wouldn’t go.