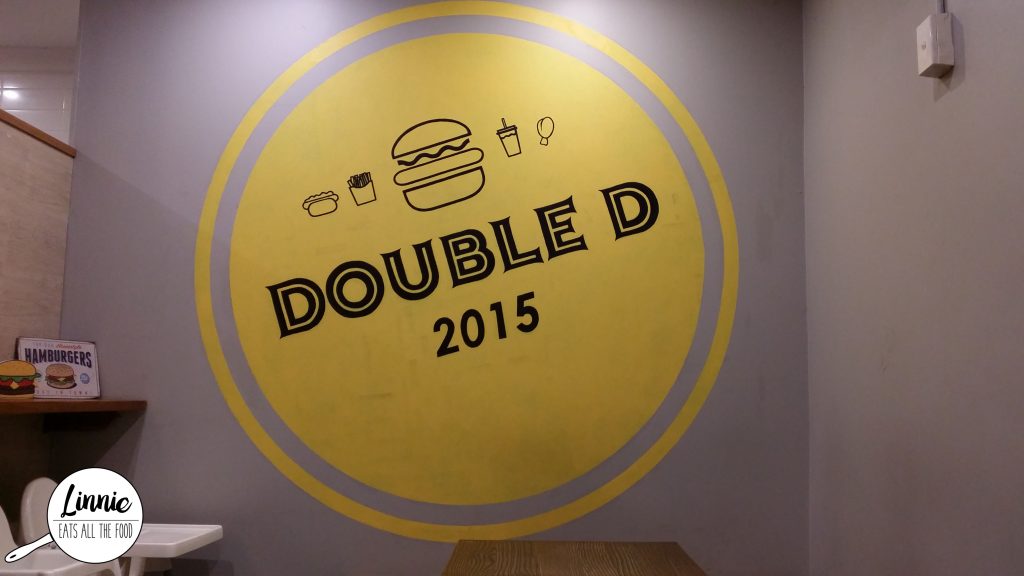 Mr Italian Stallion was leaving for Singapore for two years which meant obligatory burgers were to be eaten before he leaves. On a Monday night we were meant to be at Cultural Commons in Springvale, unfortunately, they were closed so Ms Curly Fries suggested Double D which was 500 m away and across Springvale Station (YAY for convenience to public transport!). We stumbled in and it wasn’t as busy as we thought and checked out the menu which wasn’t as long as I thought it would be. Shakes! What else goes well with burgers? I got the berry cheese cake shake which was a tad watery and the cheesecake flavour wasn’t as strong. However, the peanut butter shake was SOOOO peanut butter-y it was on point. If you love peanut butter in a shake, this is the drink for you! Bonus point, it was only $5.50 each! BARGAIN! 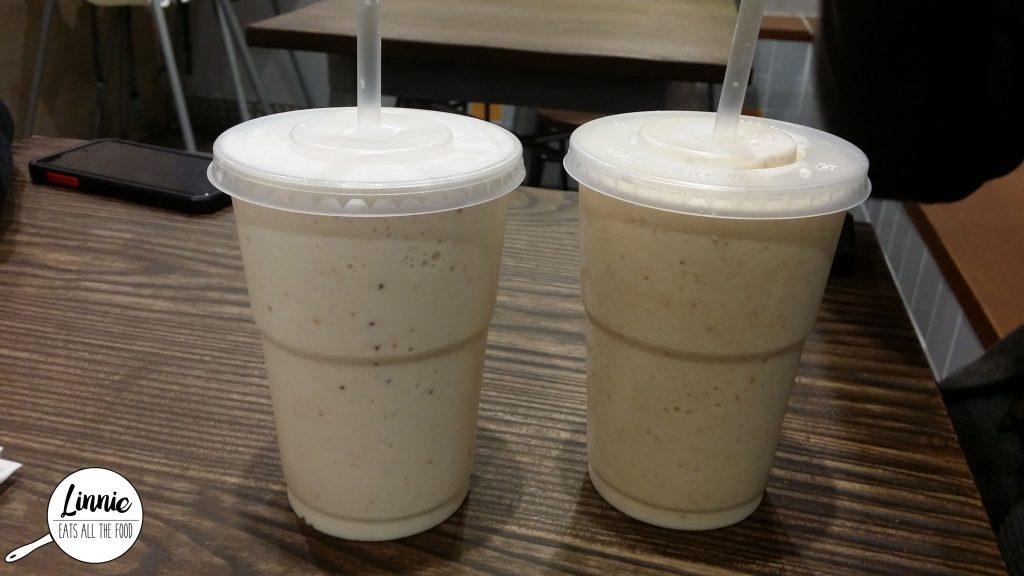 We also saw that they did baos and we thought “why not?” since we were celebrating. We got the Pork Bao and my gosh was this AMAZEBALL! The pork belly was so juicy, so fatty, so perfectly seasoned that even I (who hates fat) thought it was awesome sauce and smashed it! The pickled cucumber and fresh coriander balanced the pork belly and the bao itself, very soft and fluffy, just the way I like it. Definitely a recommended dish at Double D. 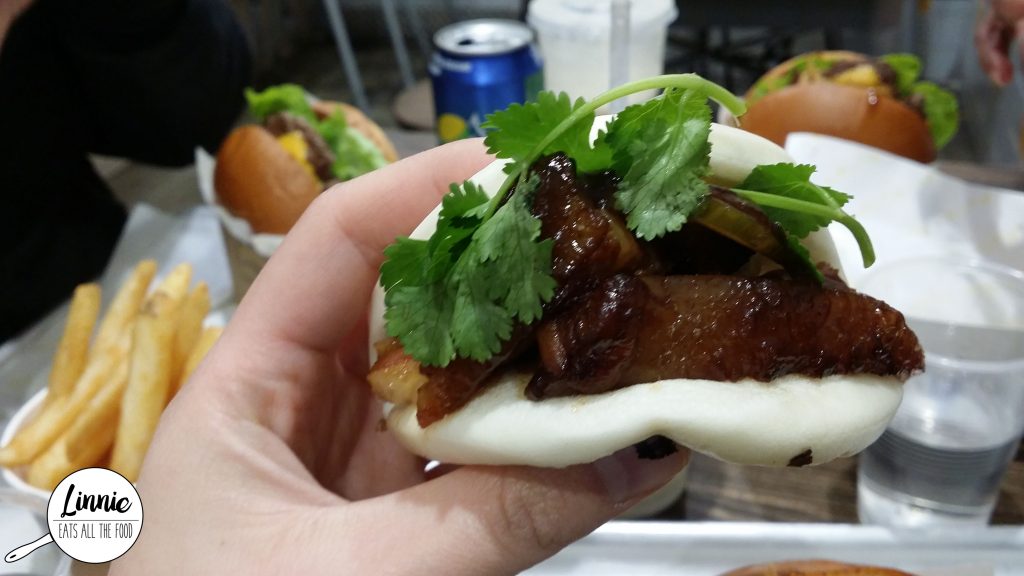 Mr Italian Stallion got the burger combo which was deadly cheap (I forgotten how much it was but I remember that it was DEADLY CHEAP!) and he got the classic cheeseburger with chippy! Now, he commented that the classic cheese burger was so juicy and was so good that he could have two burgers! I found the chippies to be very crunchy but needed more seasoning. 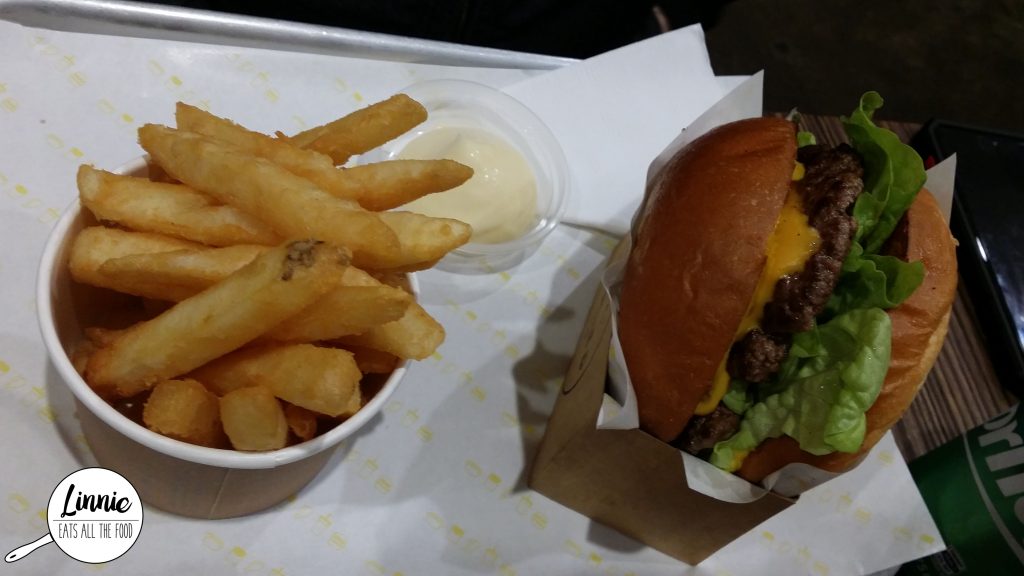 Ms Curly Fries and myself got lord of the onions and it was packed with, you guessed it, onion rings. The onion rings and the sauce were out of this world. However, that was about the only thing we liked. The beef patty itself was quite dry and the buns were a touch on the hard side. 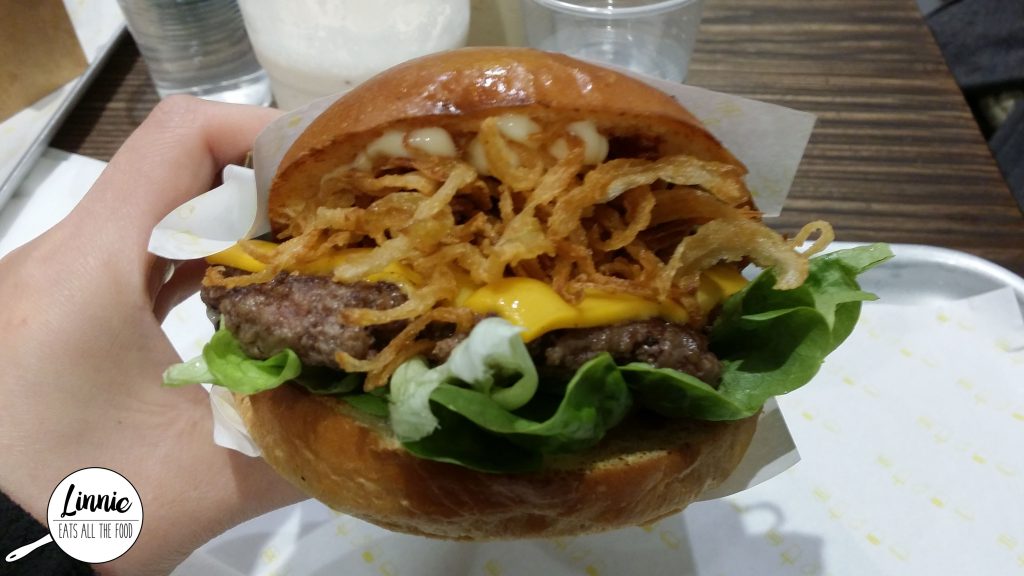 I really wanted to love Double D due to their amazing service, their attentiveness and just their decor and atmosphere. Their baos were AMAZEBALLS! The burgers were pretty decent but if their beef patty was juicier and cooked medium rare and their brioche buns were more softer, it would have been perfection. Their location is perfect, opposite the train station and easily accessible. I will come back to try out the rest of the menu and hopefully, this was a one off.

Maker and Monger High Tea at The Lobby Lounge – The Westin Melbourne, Melbourne